If someone argues that a blender is not a necessary kitchen appliance, they are wrong unless their cooking involves rich water or whatever. Still, if you want to cook any food or new recipe that involves grinding or mixing, you need a blender. Then you’ll need a mixer grinder, or even better, a juicer mixer grinder because only a juicer mixer grinder can make blending solid food items into smooth edible dishes easier. In juicer mixer grinders, there are several different types of blades, each with its function. They’re made to do difficult jobs that would otherwise take a long time and a lot of physical work. So, before choosing the perfect blade that best serves your application, you must know the difference between a mixer grinder and similar appliances or else you’ll end using a wrong blade and won’t get the desired results.

There are various blades in different mixer grinders, depending on the model of the juicer mixer grinder and the brand that sells it, but in general, there are nine different types of blades in the mixer grinders.
Let’s discuss the types and uses of blender blades:-

Wet grinder blades are somewhat the opposite of dry grinder blades as they have super sharp edges and usually come with three or four arms. There are a variety of foods or beverages that are beautifully ground or use a wet grinder blade. Since they are used for wet grinding, their jars are also large, around 1L to 1.5L.

It’s an excellent tool for making dough for idlis, vadas, dhoklas, and dosas, among other things. They’re also known for making garlic paste and tomato/onion paste. Keep an eye on the grinder until you reach the required consistency for the best outcomes.

Dry grinder blades are blunt at the front and often have two arms. It is used to grind hard food particles into powder. It is commonly used to grind hard Indian spices like black pepper, cloves, coriander, turmeric, cinnamon, dries fruits, etc., which is the quintessence of most Indian cuisines.

They are good for grinding masala powders and sugar granules into powdered sugar, which can then be used to make amazing sweets. You can also make rice flour using this blade. Rice flour is an essential ingredient in various delicious recipes. So having a dry grinder-bladed mixer on hand makes the job much simpler.

Chutney grinder blades are used to make chutney, as the name indicates. Because it has two arms (like a dry grinder blade) and sharp edges, it’s a hybrid of both dry and wet grinder blades (wet grinder blade). Small jars ranging in size from 0.3L to 0.6L are commonly used. It’s used to grind things like coconut, coriander, ginger, and pepper for chutney.

You can make delicious chutneys and dips with excellent texture and consistency using this blade. These grinder-bladed jars are utilized and appreciated by every family since chutneys and dips go with almost every meal and appetizer due to their tempting tastes. So, make a paste out of your favorite item and enjoy.

We’ve mostly seen Bosch pounding blades. They are blunt and have four sides. They’re usually used to grind garam masala, sambar masala, and other spices. When we grind garam masala with ordinary blades, we get only one teaspoon of coarse residue after sieving. But with the pounding blade, we get about 3 tablespoons of coarse residue after sieving.

Bosch also says that it keeps spice flavor far better than standard blades. However, this is something that we cannot see. In terms of flavor and smell, the masala ground with both blades was similar. The smaller jars usually contain dry grinding and pounding blades.

A whisking blade is not a blade. It is an accessory that can simply whip milk into butter, cream, or cheese. It usually looks like a circular plate with a few measurable holes in it. This blade is frequently used in the biggest jar accessible in the juicer mixer grinder’s jars.

These blades are not very common and are often supplied as an accessory to a juicer blender. It’s worth noting, though, that the blade is set back from the bottom. As a result, you may need to pour at least 2-3 egg whites to ensure that the blade comes into contact with the egg white.

To make juice with a juicer, you need a specialized blade. This is because the juicer blades make the fruits and vegetables to extract the liquid, not grind and mix them. For juicing, you cannot use a sharp blade. You need a juicer to squeeze the juice and fiber from the pulp of the fruit and expel the pulp.

The juicer blade is a special type of blade with four arms and a blunt blade and is usually fitted to jars ranging in size from 1L to 2L. The blades are sharp enough to cut, but they’re made to grate more than sharpening or grinding.

Many mixer grinders have a kneading blade as part of the food processing device. They’re manufactured of plastic and are meant for kneading dough. All food processing units have an almost identical design. Unfortunately, because they are composed of plastic, several consumers have expressed concerns about their long-term endurance.

Kneading blades are not included as standard equipment in all mixer grinders. However, appliances with a kneading feature come with this blunt-edged blade to aid in the kneading of atta. These blades are usually seen in food processors performing many tasks simultaneously.

Out of all the types and uses of juicers, the blade is probably the most used and the most special in my eyes, as it can be used to blend fruit into juice and make wonderful smoothies, shakes, ice cream, lassi, and other tasty beverages. In short, it is mainly used to prepare delicious refreshments.

You can use this blade for whipping cream, cake batter, or buttercream. You can use it to grind semi-solid ingredients into a smooth puree. A blender blade may be used to make various refreshing cocktails, including fruit smoothies.

A mincer blade is mostly used for grating applications. A mincer blade is used to cut meat into small balls known as keema and is also used to grind or grate a variety of vegetables and dried fruits. They come with two, three, or four arms and have sharp edges. It operates flawlessly when most other blades in juicer mixer grinders fail when used to ground ice, but not the mincer blade.

Even ice may be crushed with it. You can easily use it to chop onions or other veggies. To summarize, I believe that a mixer grinder is currently one of the most important kitchen appliances and that anybody who can afford it should purchase it immediately.

The Mixer Grinder is one of that easily affordable kitchen appliances. It is essential in the kitchen as it reduces manual labor and eases your daily cooking effort. So you have a brief idea of ​​the types and uses of mixer grinder blades. Only you can talk about your blender use and requirements, but do you know the blender blades’ design, the blade types in the blender, and the types of blender blades that can be used? For what purposes, and the different uses of the blender blade. 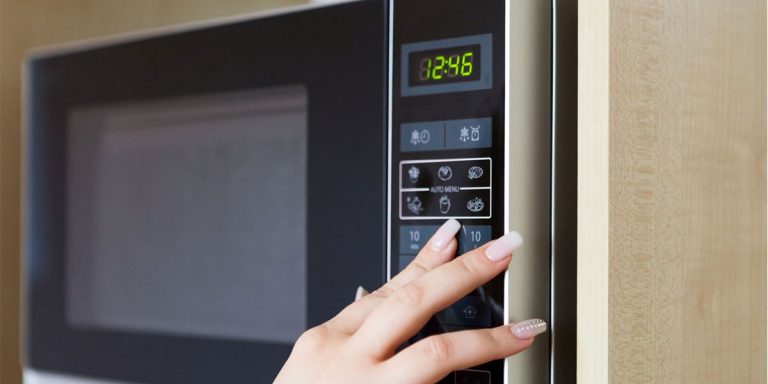