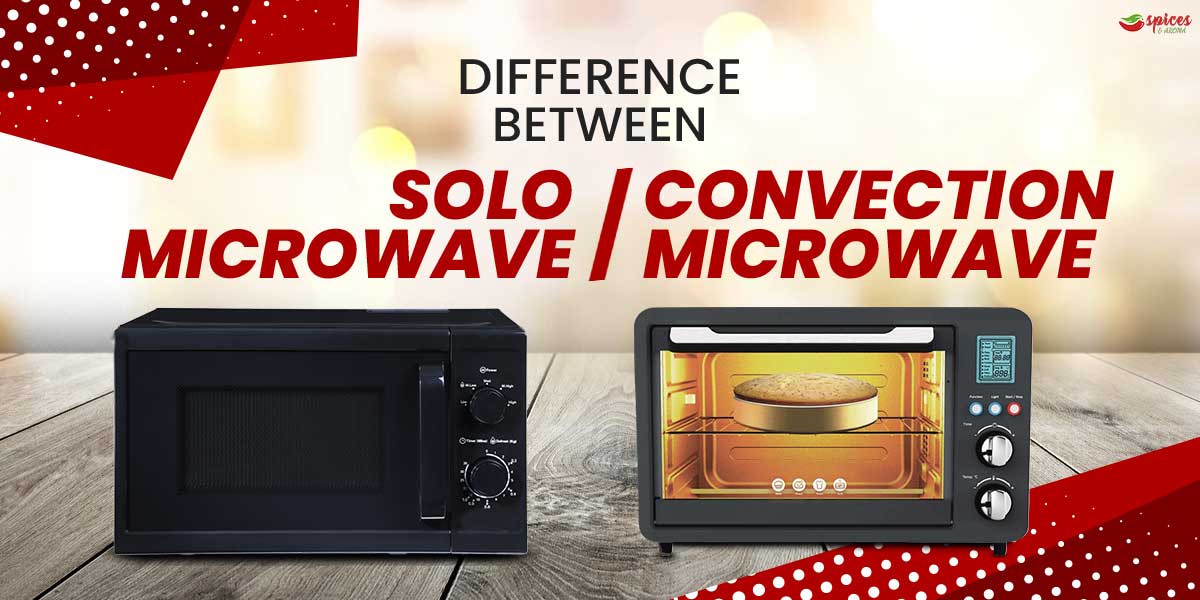 Microwaves are a staple kitchen accessory that is used in almost every household today. They come in various types and technologies and provide different properties in terms of speed, versatility, and advancement.

The more adaptable in terms of design and features, the more expensive the microwave will be, and so the latest models are much more expensive in comparison to the previous ones! The top two types of microwave ovens that are popular in the market today are solo ovens and convection ovens.

And in this article, we will help you understand the difference between solo and convection microwave ovens so that your shopping process becomes much easier!

What is a Solo Microwave Oven?

To put it simply, a solo microwave is the most basic microwave oven available. It performs simple, day-to-day tasks like defrosting, reheating and cooking, that are easy yet essential.

Its pros include the fact that it’s one of the least expensive models on the market and includes all necessary functions too. Microwave-proof glass and plastic utensils can also be used in a solo microwave oven, making it accessible.

Its con is the fact that it cannot perform an extensive range of functions, such as baking and roasting. Moreover, metal utensils cannot be used, and so users have to stick to microwave-proof options.

1. How Does A Solo Microwave Oven Work?

A huge magnet runs beneath the magnetron, circulating electrons from an anode to a cathode. They pass over these small cavities as they zoom around, forming waves.

These waves pass through a waveguide before arriving in the oven’s cooking chamber. The microwaves are reflected by the cooking chamber’s walls and penetrate the food. These waves produce friction by causing the water molecules to vibrate. As a result of the friction, heat is produced.

A solo microwave oven performs a number of functions- especially basic day-to-day functions such as reheating and defrosting food.

The best part is that the cooking process can be timed according to you and your recipe’s needs. It can more or less do all the heating tasks that do not require too much technique such as roasting or baking.

What is a Convection Microwave Oven?

A convection microwave oven is a two in one kitchen appliance that not only provides to you the benefits of a kitchen microwave but also of a convection oven.

It allows you to reheat and defrost food whereas at the same time lets you bake and roast dishes as well. So, to sum it up, a convection oven is a more advanced version of the solo microwave oven that comes with a range of features that the first one can’t offer.

Its cons include its small size. Since it is compact in nature, it’s unlikely that you will be able to cook more than a single dish at a time. Moreover, convection microwaves are a little difficult to get a hang of, and so involve a significant learning curve!

1. How Does A Convection Microwave Oven Work?

Convection is a method of heat exchange based on the principle of natural air movement. When cold air is heated, it rises, and the upper layer of air cools, becomes heavier, and flows downward. The heating process in a convection microwave oven is generated through the circulation of hot air.

Which is why, convection microwaves can bake and roast dishes that would otherwise be cooked too fast and insufficiently in a regular microwave.

The hot air that a convection microwave oven provides helps you cook dishes that require constant caramelization, blowing, and crispness. You can also use metal utensils, along with microwave-safe glass and plastic dishes.

If these benefits intrigue you and are something you desire from a microwave, you can look at our article on the best convection microwave oven in India 2022.

Difference Between Convection And Solo Microwave

A solo microwave oven contains a magnetron, which is the key element in the heating process. A huge magnet runs below the magnetron, circulating electrodes from the anode to the cathode. As they pass over the cavities, they create waves.

Convection involves heating due to air movement. The electricity that is drawn by the transformer of the oven is directed to the oven’s heating element. The heating element converts the heat from electrical energy to thermal energy, which transfers the heat to the cooking chamber.

A solo microwave oven can perform a number of cooking methods that are needed on a day-to-day basis including warming, defrosting, and reheating.

A  convection microwave oven is extremely versatile in terms of cooking methods. It can perform a wide range of functions including the basics such as warming, defrosting, and reheating as well as more advanced functions such as baking, roasting, and toasting.

Microwave-glass and plastic utensils are compatible with a solo microwave oven. Metal utensils cannot be used, due to various properties.

A convection microwave oven is extremely accessible and convenient to use in terms of utensils and their materials. Almost every dish material is compatible including microwave-safe glass, plastic, and metal utensils.

A solo microwave oven is usually one of the most affordable options on the market. It is much cheaper in comparison to a convection microwave oven since it also offers limited features. You should be able to buy a good Solo microwave under 5000 rupees.

A convection oven is much more expensive in comparison to a Microwave Oven. It offers a wider range of features and the price increases with an increase in the properties. A decent convection microwave can be available under 10000 rupees.

Solo vs Convection Microwave Oven: Which one to buy?

If you are someone who only wants a microwave to perform basic, day-to-day functions such as warming food, reheating dishes, and defrosting items before cooking – a solo microwave is a great and affordable option for you.

However, if you cook more fancy dishes on a daily basis that require baking, roasting, and toasting- a convection oven is the perfect investment for you. So choose the microwave that is right for your lifestyle and check all your boxes!

No, according to the World Health Organisation, there’s not much to worry about in terms of microwave radiation. However, there may be other concerns that come along with microwaving food such as nutrient loss or heating food in plastic causing hormone disruption that can be damaging to one’s health.

A microwave oven is a versatile and convenient kitchen accessory that is used on a daily basis for a number of functions. It uses less energy and less space in comparison to a cooking stove. It is easier to clean it than a traditional oven. Moreover, it is also a healthier alternative as food rarely gets overlooked and the consumption of oil in microwave cooking is also less. Food can be cooked in a quick, mess-free manner using a microwave mover.

Melamine is a type of plastic resin that is used as a replacement for fragile dishware since it too is lightweight. However, it should not be used in a microwave since the radiation emitted by the microwave can damage the melamine and cause chemicals to leach into the food!

No, not all Tupperware plastic containers are microwave safe- however, some that are customized to microwave usage can be used. The best option is to check the label at the bottom of the container for details that indicate the microwave ability of the product you’re using.

No, the radiation emitted by a microwave oven is usually not harmful. Check the details regarding the level of radiation and manufacturers’ heating instructions, before purchasing a microwave oven for the best option. When using a good quality microwave, the food does not become radioactive and is completely safe and healthy.

Yes, glass is probably the safest material to use in a microwave. However, it too can have some exceptions. If you’re using a new piece of glassware, try to check its specifications regarding its microwave ability. If it is not mentioned- you can look up the steps on how to check if the glass is microwave safe on the internet. 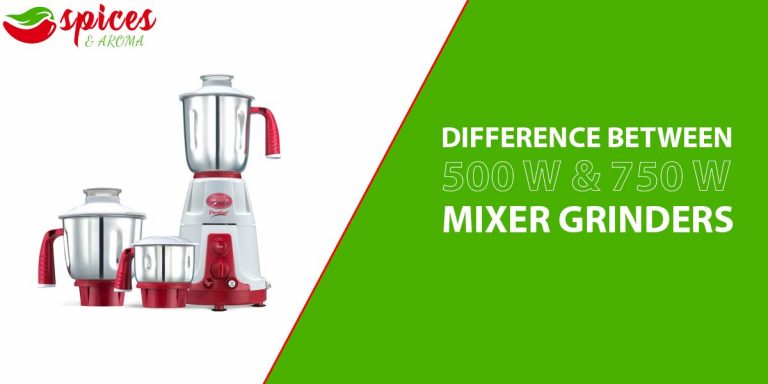 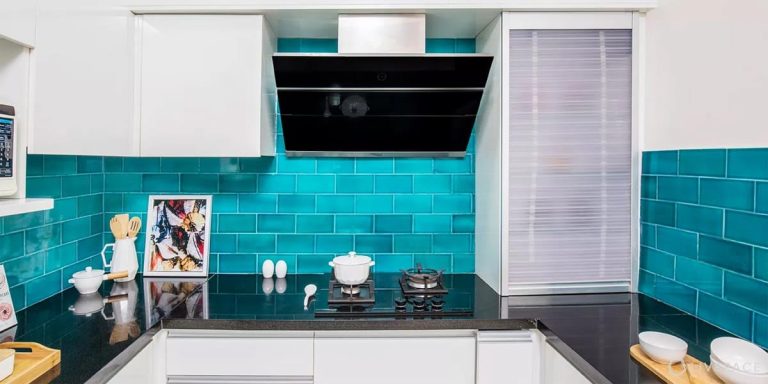